Predictions are all the rage this time of year. Like a dog on a walk, we like to sniff out what’s happened and eagerly await what’s lingering down the path.

But with apologies to political gurus and sports enthusiasts, we’ll steer clear of those topics typically prognosticated by talking heads as the calendar turns. Rather, our predictions will focus on what’s most important — those four-legged furry friends we lovingly call family members.

The world of pets and pet ownership is constantly evolving, trending steadily toward a deepening human-animal bond. Doghouses, table scraps, outdoor cats, and refrigerator-adorning pet Polaroids have morphed into doggy daycare, nutrient-rich cuisine, indoor felines, and pet-dominated Instagram accounts. Pets have transitioned from being a part of our lives to the center of existence.

The Chinese calendar labels 2016 as the year of the monkey, but it might as well be the year of the cat and dog. Our society’s ever-increasing adoration for our pets shows no signs of slowing down. 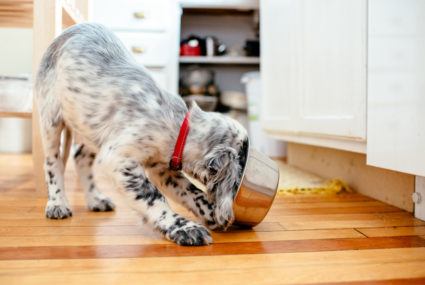 But, for now, we’ll stop petting our four-legged friends long enough to don our fortunetelling caps. Here’s our 25 bold predictions regarding what 2018 holds for pets, pet owners, and the pet industry: